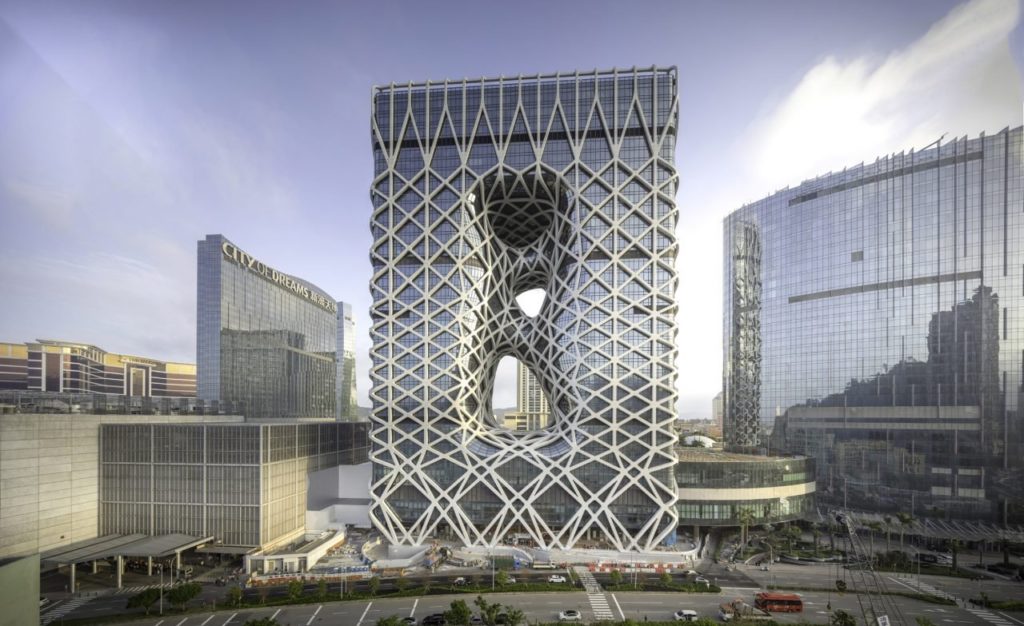 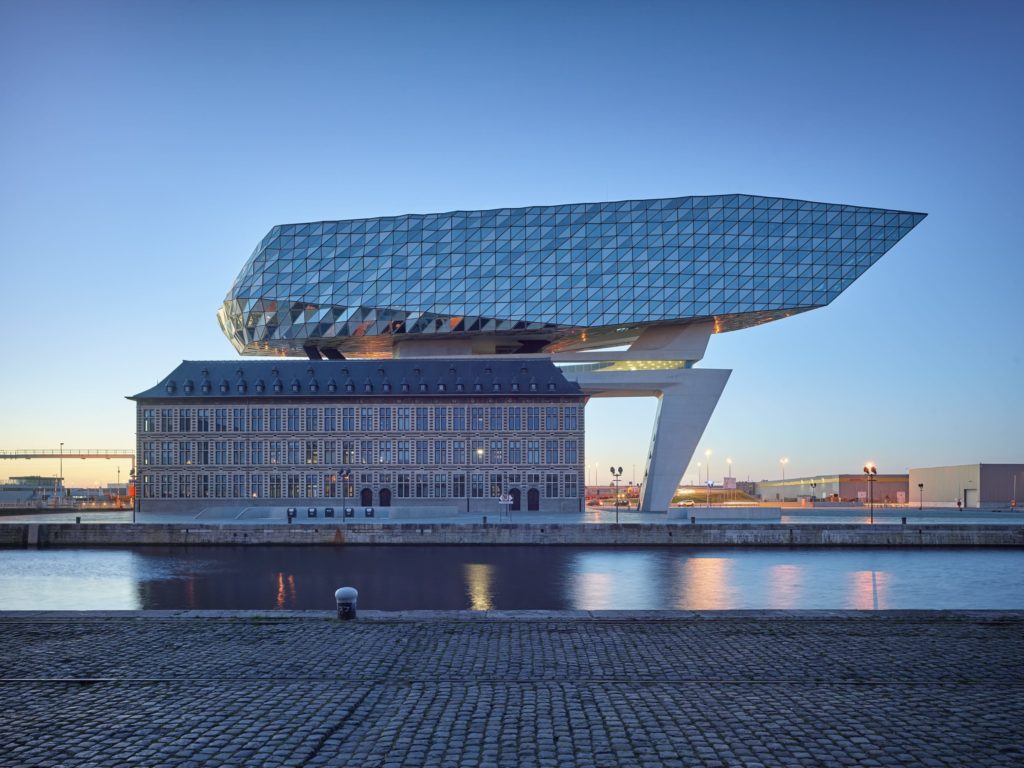 In the context of the latest International Women’s Day and the start of the International Women’s History Month in SILMEXICO we want to do honor the memory of one of the brightest woman in the world of the design and the architecture, and we are talking about Zaha Hadid, the Iraqi architect were completely into the deconstructionism movement as we can clearly see in all of her incredible work. Zaha studied in London’s Architectural Association and after graduated she established her own studio, of course her talent take her really far, in 2004 she was the first woman to win a “Pritzker Price”, the highest honor an architect can receive.
As you can see in the pictures on the left, Zaha’s style were complete daring, challenging and modern. The first picture is from the Morpheus building a luxurious hotel and spa in downtown Macao, one of the most stunning cities in the Asian continent, the Morpheus is 160 meters high and if features 770 bedrooms, a restaurant and a co-working space. The build is based in three vortexes that defy the gravity and gives the inside building an amazing view from the outside.
The third picture is from the Port House in Antwerp, Belgium. This building works as government offices, the space used to work as a firemen station but after Zaha’s renovation they decided to keep it as the national communications and transportation offices and more than 1500 people work in there every day. 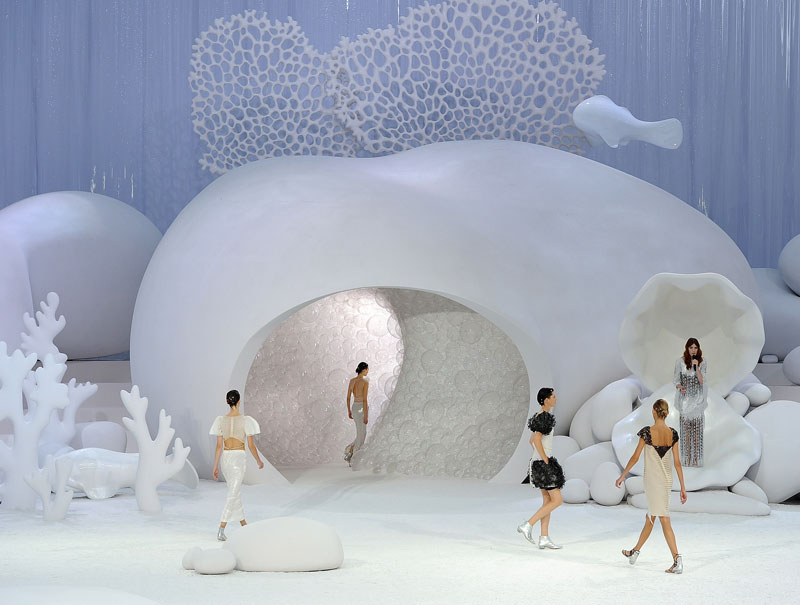 Zaha’s impact were so strong in the world that many other industries look for her and got inspired by her work, in the pictures here, we have the Chanel ready to wear, spring-summer 2012 runway inspired by the mysteries inside the ocean. The also remembered Karl Lagerfeld who were by that time the head of the french fashion line, asked Zaha to create a whole scenario for the runway show, and she turned the “Paris Grand Palais” into this gorgeous idea of an aquatic minimalist white scene where the models came out of a coral reef, the surprise of the show were British singer Florence Welch coming out of a shell while she sang.
Charlotte Olympia were also into Zaha’s world, the British shoe designer collaborate with Zaha in one of the most creative projects, the design of a limited edition of a pair of shoes and a clutch bag presented in fluid forms in perspex, leather and rose metal accents. The collection were so exclusive that the designer only create two pairs of the shoes and two pairs of the bag, both things were sold in minutes and not for a very affordable price for sure. The work of Zaha transcended to many other subjects. As the picture presented down here Zaha created the biggest yacht in the world, “The Unique Circle Yacht” has a length of 128 m2 and it is also one of the most luxurious of its category.

The Unique Circle has a super resistant see-trough floor so the guests can have and amazing view on their feet while the yacht is sailing, it also has the capacity to break thick ice in case of emergency.
Zaha were completely one step forward the modern architecture.
She also left a legacy in the Mexican country with the Bora towers, listed in SILMEXICO’S exclusive developments for sure. The Bora towers are located in Santa Fe, one of the trendiest neighborhood in Mexico City. This development has at least 200 apartments with a rooftop pool and garden, kids playground, lounge salon and a library, such an amazing thing to admire.
She also designed the apartment developtment in Monterrey City named Esfera City designed all around a public park and en eco-friendly shopping mall, the shape where thought like that with the intention of reduce solar emissions. Also, the Alai hotel complex is under construction at the Riviera Maya, an eco-friendly hotel in the middle of the jungle that will allowed wild life walk through the hotel with no problem at all.
Honor to whom honor is due and in SILMEXICO we are completely proud to have one of Zaha’s creations in our listings. 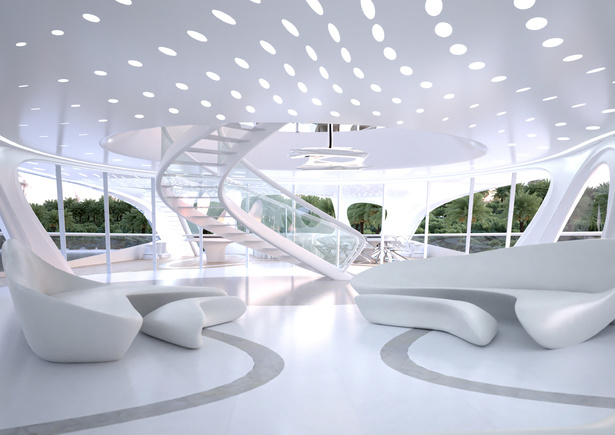